The old country, the new country

I was born more than 3 decades ago in a prosperous (at the time) socialist/communist country in Europe.By the time I was 10 it was erased from the maps by a start of a war that will turn into years and years of never ending conflicts. That is how long I was a child, 10 years.That is how long my parents were able to see the future for me and my younger sister, and be sure they will be able to provide for us.After 1991, when Yugoslavia fell apart, or was literally torn apart, my life was very weird.
After the initial disbelief that this is actually happening to us, followed the bloodshed, killings, fear and eventual collapse of economy. Factories stopped, store shelves were empty and money lost it's value due to hyperinflation.My parents navigated the chaos the best they could, they kept going to work and bringing food home. They raised chickens in our backyard, they got wood for the stove we put in the house, once we lost electricity due to power shortages,they found a way to make preserves and stock up on flour and potatoes for the Winter...they kept on living and surviving for us.
It was not fun, I don't like to go there in my memories, but at least I wasn't kicked out of my house and we had food, others were not that lucky.
At one point, the hate that had risen out of the conflict which involved 3 main religions became very loud on the streets. My parents never raised me in either of their religions, we kinda lived in a communist country where it was not required of you to believe in anything but yourself, however, all of a sudden we started getting these papers at school that prompted us to choose a side, orthodox or catholic. I looked at them with genuine disgust, I refused to choose between my parents, one being in the first and other in the second religion, we always celebrated 2 Easters, 2 Christmas and they taught us to respect other people's choices in faith.At that point in my life I started to blame religion for all the bad things and wars around the world, everyone who comes from those places where people kill their neighbors in the name of the religion will know what I am talking about.I started to feel like I did not belong there because my mind could not see things black and white the way they wanted me to do, I just could not swallow the new wave of nationalism and hate, and I did not dare say that out loud.
Fast forward to my late twenties, I have managed to finish school for Early Childhood Educator, as well as the Teacher's University and to obtain license to teach ESL at public schools.I was married to a smart, kind man who had a degree in chemistry and master in IT, none of us was able to find proper work in a post war economy.We survived on what we could find, we lived in his parents house on the upper level that we had partially finished.We couldn't plan a family like that.In 2002 the pro-change prime minister of my country was murdered by his own policemen, we realized that there is no change for the better and no future for us there, we applied for Canadian visas the year when we got enough points to get into process, it was 2006.
We waited for the process to be finished for almost 4 years, in the meantime my son was born and then we waited a bit longer for his papers and visa to be done, he was only 3 weeks old on his first passport photo.Finally, in 2010 we were ready to go.
We had until mid June to immigrate and arrive to Canada,if we did not register here by then we would loose our visas. We bought our tickets for the end of May thinking it will ok.
Then a long named volcano in Iceland erupted for weeks , it moved, and postponed most of European and overseas flights, we became desperate to find a way to come, even looked at ships but the voyage was too long to get there in time...We finally landed here in the first week of June, in an overcrowded Alitalia plane, where my husband had to walk around so I could put my baby down for a few hours, it was the worst flight of my life.I was well aware that I bid goodbye to all of my friends, relatives, family, my former life and calling, and that I am now on my own, and that there is a chance that I might never see some of them again.
We landed in Toronto with 2 of the 3 suitcases we had packed with bare necessities, the one with baby clothes and diapers got lost, my son was to turn one the next week and I had no idea where he'll even sleep, we were crazy exhausted, our luggage stank of alcohol that leaked from someone else's case...I started to cry when the custom officer told me "Welcome to Canada."
We were then detained at the immigration with a young Roma girl coming from Germany with her baby, I started to chat with her in German and shared some baby cookies, when they realized I speak German they asked me to translate for them.We left an hour or so later and walked out to the Canadian side, it was a gray, cold rainy day over Toronto even though it was June and in my mind it was supposed to be hot and nice like the Summer I have left 13 hours behind me.
I remember thinking, looking at 401 "I will never learn how do drive here, everything is so huge, it's like a Japanese video game..." 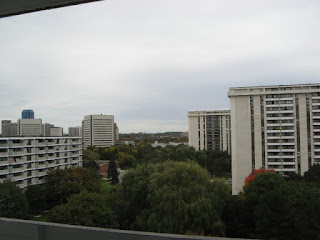 Wow..such a refreshing article. Especially the titles, I really like those titles. Very well written and something which touch indirectly to the heart.Thanks for sharing this beautiful experience with us. 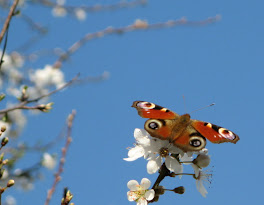